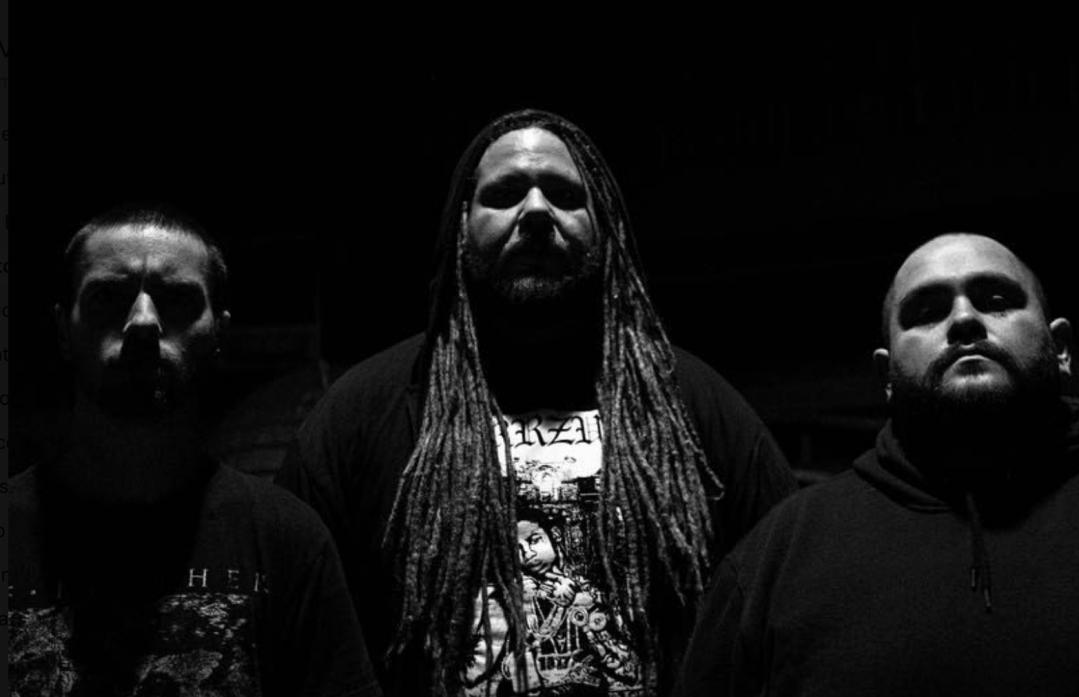 Primitive Man: Its miserable brand of sludge, and voicing all things sinister on earth

“My hell lives inside of a brick house. Windowless, full of noise that bleeds out from the bullet hole in the sides of my fucking head. You motherfucks. I’m done. A curse on your fucking head. Your blood on my hands. Years of self-sacrifice, years of cleaning up your mess. Fucking ungrateful. Every fucking sub-group from cardigans to leather vests, you’re all fucking shit. And I’m fucking buried in it. All I have left is short of the Grave. I am penniless and fucked up. Empty. Half of my fucking will sucked out. You’re all shit. And I’m fucking buried. I HATE. From cardigans to leather vests, you’re all shit. Heart hard as stone. Black as crow. I reject them. All I have left is my balls and my word.” – Antietam.

Primitive Man is one of many bands playing an abrasive form of nihilistic and abrasive sludge, but they are fucking heavier! Sharing the stage with some of the most extreme bands in the metal underground, Primitive Man is a ritualistic cult-like invocation of war and death. Primitive Man is the soundscape equivalent of impending Armageddon, and one of the heaviest bands on earth.

“Jon [Campos] and I have been listening to bands like these for years and honestly never thought that we would have the opportunity to play with them [on playing with Wake]. It’s pretty surreal and I’m pleased that we have succeeded in sounding heavy enough to be asked to play and have the opportunity to cross over into such a harsh musical landscape,” Ethan McCarthy, guitarist and vocalist of Primitive Man, says.

What Primitive Man has in common with the most extreme acts in the metal underground is uncompromising aggression in extremity. The guitar tone is consistently harsh and sour, the hellish vocal delivery is nihilistic and monstrous in scope. Hanging over the rhythm section is a persistent, thick, noisy mess of guitar and distortion. The three-piece Denver sludge metal unit lumber’s forward like a sonic monstrosity, slowly lurking with sinister intent.

Lyrically, Primitive Man focuses on horror, being trapped, feeling hopeless, depression, poverty, substance abuse, death, and nihilism. Primitive Man draws heavily on the political and social climate, from the dark in the world and from McCarthy’s work as a school teacher. Moving forward, it seems the songs are only going to grow bleaker.

“I work with children that have learning disabilities and social/emotional hardship. I’ve been doing it for 15 years and I’ve seen shit that would make any person crumble to tears,” McCarthy says. “When you work with children you can see some really fucked-up shit that can have a profound effect on you, so sometimes my lyrics have been influenced by stuff I’ve seen happen with kids, especially with issues of beating and abuse. Working in the community has re-enforced a lot of the views I have.”

The musical equivalent of slow decay or agonized suffering, Primitive Man’s brand of “death sludge” and “funeral punk” stands out amidst a savage list of extremely few contemporaries, in the harshest crypts of underground music.

“I think that you can find influences in our music across the whole spectrum of extreme music. D beats to blast beats to a death crawl. For as long as the world is in turmoil, I’ll be able to write about it,” McCarthy says.

There are bands pushing boundaries and exploring elements of other music, combined with harsh noise and “metal” aspects like Body, Lingua Ignota, or Knelt Rote (RIP). Art that’s cathartic, challenging and monstrous in both scope and animosity.

“I am always going to be looking forward and trying to seek out and create the heaviest sounding music I can,” McCarthy says. “People used to think that Zeppelin and Sabbath were the limit, but musicians have really blown that era to shit in terms of being extreme. I remember when I thought that Cannibal Corpse and Morbid Angel were as heavy and extreme as it gets.”

Check out Primitive Man on Bandcamp.

Featured image supplied by Alvino Salcedo aka Pale with Decay.

View all posts by levigogerla